Teachers in England will be asked to assess the grades they think pupils would have achieved in cancelled GCSE and A-level exams. 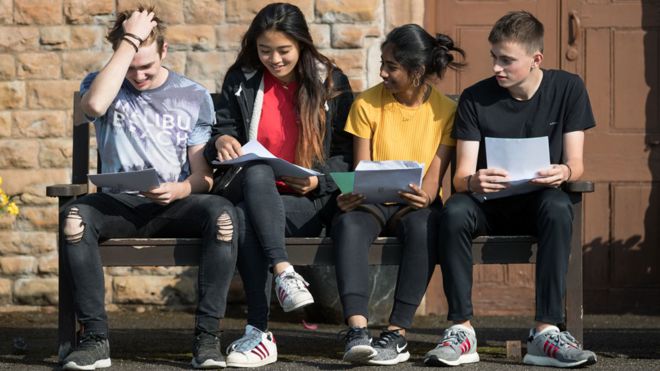 But she said teachers could be "uncomfortable" with putting students into rank order.

The results will be available to students no later than the planned dates in August - but Ofqual suggested that they may be available sooner.

A process for appeals has still to be decided.

It also remains uncertain how grades will be decided for pupils who are home-taught and do not have links with schools that could send in predicted grades.

Alternative plans for vocational qualifications will be announced at a later date.

In Wales, teachers will predict grades and rank students - but the option of an extra exam in the autumn will not be available.